Fetter and being fettered. The laws of bondage 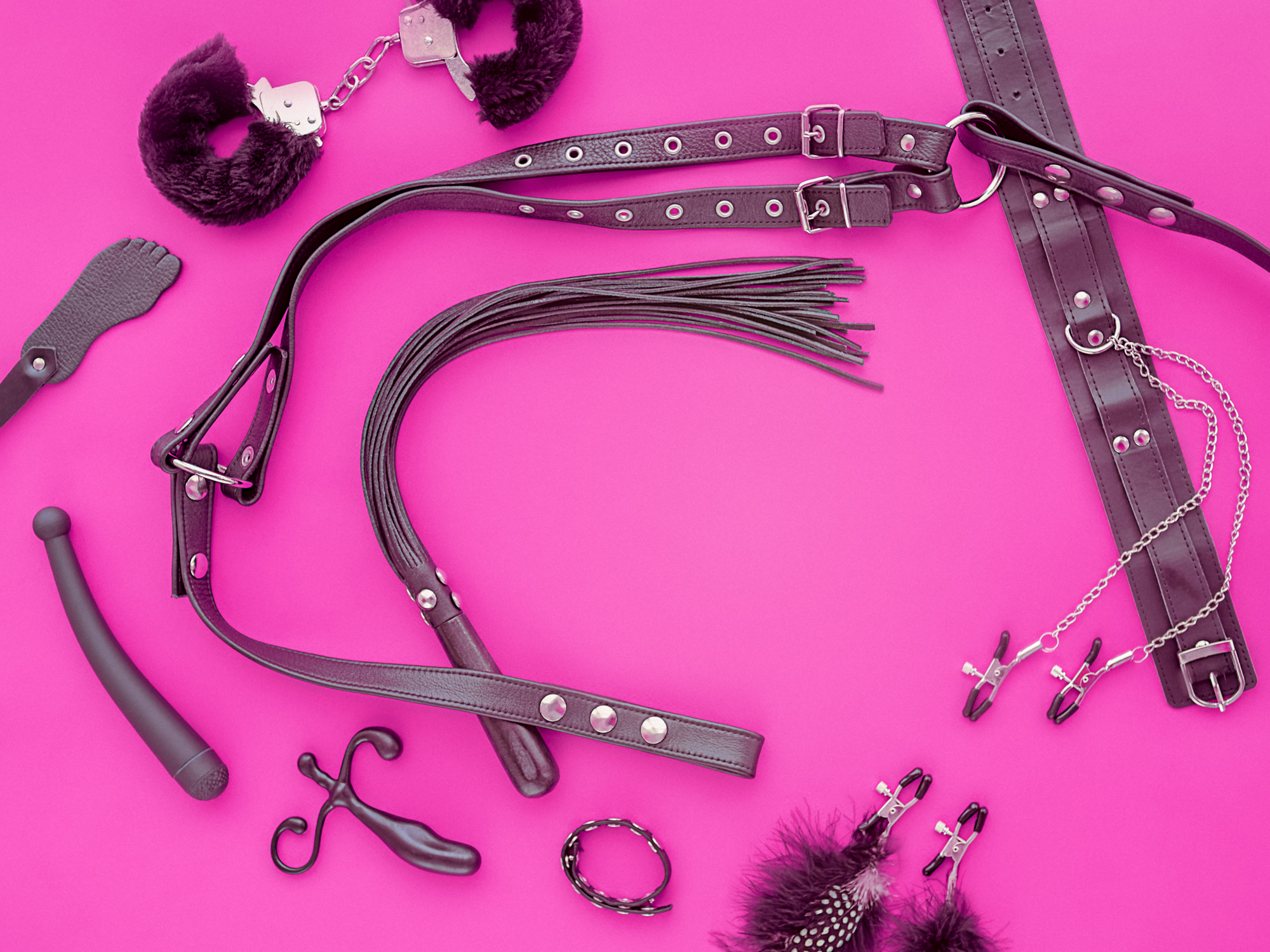 Fetter and being fettered. The laws of bondage

The will to try the game with the ??? is greater than ever. Ever since Christian Gray blurred the boundaries between lust, power and tingling eroticism with the hard but heartfelt seduction of Anastasia Steele to the longing fantasies of millions of women - and men - the interest in bondage is booming.

No wonder, because the play of power and dominance, seduction and devotion, pushes body and mind to new frontiers - and thus, to new heights and unexpected passions.

And not only that: Many experienced bondage lovers also appreciate new ways of bonding and understanding each other.

How to get there?

Sit down and read this right away!

The word bondage means as much as slavery, and thus, it is precisely the sensual core of the sex practice: In bondage, one person dominates verbally and physically another, who submissively surrenders to all seductions, love plays and punishments of the so-called "top" or "dom".

At this the "Bottom" or "Sub" enjoys being at the dom's mercy and the loss of control due to fixations and restrictions of one's own freedom of movement. Both roles can of course be played by both sexes! In general, we simply call it "the dom" and "the sub".

There are no limits to your imagination: silk scarves, handcuffs, chains, gags or special bondage toys leave room for creativity. In spite of all the euphoria for "doing each other hard", trust is also very important! Specially to test the shared limits of lust and to fully enjoy this special, somehow wicked attraction.

From cuffed wrists to complex whole-body fixations, which are usually particularly aesthetic because they set decisive body regions in scene and make them accessible, everything is "feasible". Lying down, standing or even hanging as in suspension bondage - but this is definitely not for beginners!

Bondage basically begins where a partner hands over control to some extend and puts himself and his ecstasy completely into the hands of a dominant person.

From this point on everything is possible that really gets both partners going - from a gentle play with feathers on nipples, penis, buttocks or vagina to hot wax, spanking and electro-stimulation.

First attempts in bondage spice up every foreplay immensely and let you guess what awaits you in the deep world of bondage.... With these positions you can start wonderfully into exciting bondage experiences:

Not everything that says soft .... Soft bondage often uses handcuffs, ropes or bondage tape (link to the corresponding part within the article) to tie up the hands, which usually give the "sub" a touch of freedom of movement. This is also a special attraction, because despite the bondage feeling of power and subjugation, many positions and penetration variations are still possible - but of course only those the "dom" allows ...

Especially for beginners soft bondage is an interesting way for a spicy upgrade of the foreplay! A way to try - for example - first bondage attempts on bedposts and furniture or first of all only on the hands and feet.

Soft bondage also allows you to gradually increase the intensity of domination and the inflicted pain. Sex toys and bondage tools such as riding sticks, spreader bars or blindfolds may already have a role to play here!

Before you feel that you have reached hard bondage, you can already see it. It thrives on lustful toys, bondage tools, belts, gags, lacquer and leather. The attraction lies within the total abandonment of all freedom of movement and action. When it comes to pain, firmness and the proverbial sound, speed is also increased - and the desire rises automatically! A framework of trust and a safe word is all the more important, precisely because things are getting tougher.

Full body suits - so-called catsuits - with a closable hood made of latex or leather, mouth gag and even entire rooms with special bondage furniture distinguish the hard bondage enthusiast from the "softy". If you want to try hard bondage without rebuilding your own home, you will find countless clubs all over Germany - with or without "support".

Whether hard or soft bondage, spanking is a sensual punishment in all possible degrees of hardness and perfect for foreplay and pleasure pain tests. It's fun when you use your flat hand or various tools. But don't overdo it, or you'll get bruises!

That's just typical Japanese style, pushing handicraft techniques to absolute perfection and almost turning them into a kind of science. There are countless shibari techniques ranging from simple knots to complex and demanding whole body fixations.

Shibari is not only used to immobilize submissive persons but is also intentionally executed in a very aesthetic way and represents an art form of its own in Japan. The tied person becomes an art object. The bondage artist, the "Rigger", stages certain body parts and regions very erotically, makes the pain of lust visible and/or fixes the submissive person, the "bunny", in special positions.

A certain amount of risk is a key factor in feeling the thrill - but the greatest pleasure is to stay below critical limits. This lets it last longer, become more intense and fulfilling for both sides.
The three most important basics are:

Make sure to set a safe-word first, to avoid unpleasant and painful experiences! Crossed borders do not only leave scars on the outside. Little tip: Don't use something like "harder" or words that are way too complicated.
Safety first for more pleasure: knowing that you can end it at any time often lets you go to "tougher" limits more relaxed.

Communication is not only important in dominating and humiliating people, but mainly before anything happens. First of all, talk about whether you both feel like it at all and also about how far you could imagine to go. You can always push up the pace, but sometimes it can be too late to slow down. Stay in that communication mode even during the first bondage attempts. With a little bit of routine, you will be able to do everything with body language: An insanely intimate experience!

Even blindfolded eyes or tied up hands can trigger an increased sense of pleasure for bondage rookies in both roles. Bondage needs to be learned, otherwise it won't be what you hope for. Even Christian Grey did not come out of nowhere. And by the way: Create a comfort zone for the both of you. That's important for Dom and Sub to be able to fit perfectly into the respective role. Leave the zone again and again, but in conscious steps - and enjoy each of them!

Those who want to go the classical way and are more into ropes than handcuffs should know these three seductive basic knots:

These should be made of untreated natural fibres and should not be too elastic, otherwise the limbs are usually cut off too much when tied up. A couple of minutes in a tumble dryer or a little body oil make them more skin-friendly and supple. For the purchase: Prefer Sex-Shop over of DIY store!

Tip: When lacing joints and the like, always leave a tight finger wide room for manoeuvres .

Bondage tape that only sticks to itself, but not to the body. As a beginner this is a way to try the manual "packing" of your partner.

With these, it's break-time for the "good cop": handcuffs and shackles are perfect to quickly and easily make clear who is in power and to bring the sub into a submissive position. Be it behind the back or on the bedpost, they should never be too close together.

Handcuffs and shackles are available in all imaginable materials, colours and finishes: From gothic to plush. Often, they come as part of a set and can be easily upgraded later with more complex toys and tools.

The selection is so broad that you don't even know where to start - but you certainly don't want to stop!

Sex toys with electro-stimulation literally offer special tension! Pleasurably sparkling impulses, which can be built up on and within the body to a pulsating power-devotion gap. This brings Dom and Sub into ecstasy from prelude to climax. The harmless, but extremely pleasurable electrical impulses give the dom a lot of power, which can be easily dosed in exciting intervals. And the sub is guaranteed to lose him- or herself in this intense stimulation. E-Stim Toys are available in different variations - from compact and special to complex and versatile.

Risks and dangers of bondage

But only to the extent that you can really calculate the risk - this applies especially to the dom. Basically, only what pleases both is allowed!

The body is often the best guide: There is a clear difference between "hot" pain, i. e. lust pain, and totally unpleasant pain caused by euphoric haste or amateurish behaviour. Absolute no-go's are:

Take our tips to heart and be sensitive.

Cold water can be very stimulating during bondage, but you don't have to jump in together!

Either way, love each other, take each other hard and enjoy your roles!