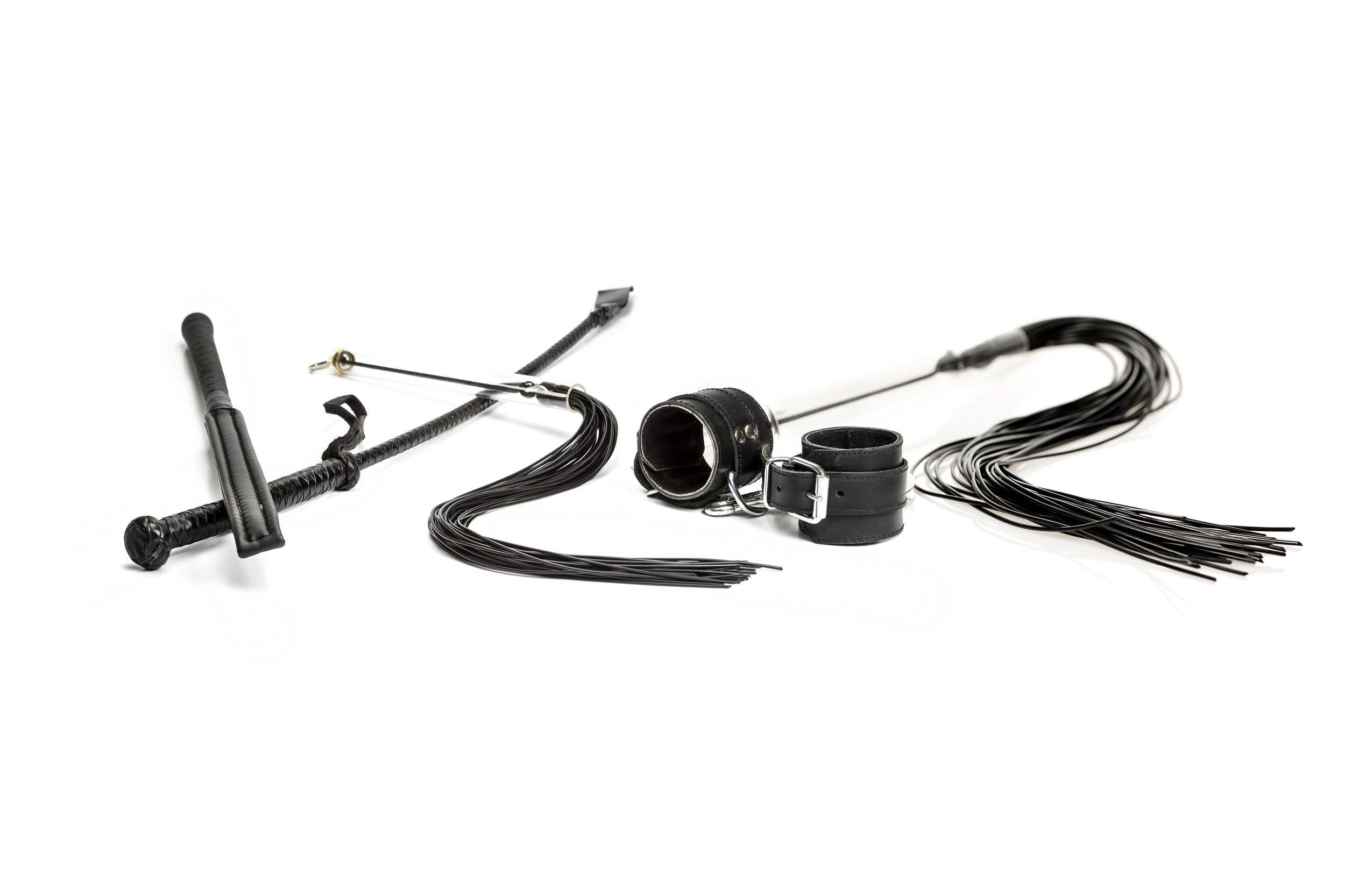 How to keep an (evil) overview between spanking your ass, tickle torture and ginger in unusual places can be read here!

There are no limits to the fantasy of punishment... apart from common sense and some basic rules, which you can also read here.

The most popular punishments – for her and for him

The sub can live out his lust between total loss of control and almost unbearable touches, while the dom enjoys the loud calls for mercy while exploring the most intensive body regions.

The basic requirement is that the sub is absolutely immobilized. Because only in this way is he completely subservient to the tickle of the dom. The regions of the body that react particularly sensitively are of course the most popular - these can be the primary and secondary genitals, but do not have to be! Especially the feet make this practice a real punishment. The tickling can be performed with hands, feathers, sticks and other aids. The main thing is that real boundaries are tested... or exceeded.

Punishments can be intensified by fixing the head of the sub and the dom stretching its buttocks out to the motionless sub. 1000 years ago and still today, for example, smother boxes were used: a special wooden rimming-box for the head of the sub, with an opening over the face and mouth on which the dom sits. No escape!

With the erotically punishing bastinado, however, the hardness is significantly higher than that of a massage. The enormous density of nerve cells in the sole of the foot not only transports circular finger movements to the brain at lightning speed, but also an almost exploding pleasure pain.

It is important that the sub is fixed and that the dom slowly increases the strength of the blows! Then the lust on both sides increases and the sub is guaranteed to notice that he deserves it!

The world of e-stim toys is incredibly big, varied and (un)pedagogically valuable for special chastisements - a voyage of discovery is worthwhile!

But Forniphilia is a very special form of "fixation". It is incredibly humiliating and punishing, as the tie to the sub is mainly mental. And what's more, the sub must become a piece of furniture that serves the dom as a punishment or humiliation ritual.

To do so, he/she must remain naked or in clothes ordered by the dom motionless for hours - sometimes with local fixations. Its function can be that of a clothes rack, for example, or, if the dom wants to touch it more actively and thus degrade it more intensively, serve as a footrest or table from which the dom even dines.

Ignoring him or her absolutely can of course also be very, very punishing, as the sub stands in the dark closet or back room for hours. Nice side-effect: it makes the sub even more obedient afterwards!

And don't forget: Of course, a piece of furniture needs regular polishing! ;-)

Wearing a diaper and pacifier creates a very unstable but deliberate cocktail of humiliation and security.

The dom can be a parent, an aunt, an uncle or a doctor. He changes the baby's diapers, gives orders and of course punishes her.

The exercise of power during a punishment can be, for example, a ban on toilets for the diaper wearer - or sometimes the order to wear the diaper under the clothes in everyday life.

IMPORTANT: Infantilism is a fetish that reflects the power gap between dom and sub in an unusual role-playing game and should therefore not be confused or unified with paedophilia! Role-playing is also not about practising sexual acts, but about living out clearly defined roles and enjoying the strong power gap.

Punishments for the female slave

This perfect combination of strong technology and strong orgasms offers the digital e-stim Cluster Buster in combination with the Egg-Cellent Egon love-ball with e-stim function.
A perfect duo of dominance, to be in the position to be begged for "mercy!" and "continue!" at the same time ;-)

The weaker sex likes to become subservient - and also suffers passionately. The fascination and the desire of men to subordinate and let themselves be dominated is great. And gets bigger and bigger. The range of punishments and orders of the mistress or the masters is almost inexhaustible. From humiliating nicknames, the complete abandonment of one's will to physical torture, both roles have a large and very attractive playing field before them. Some men like to be dressed in women's dresses, kiss the dom's feet or suffer from figging, bastinado or as useless piece of furniture.

Be sure to set a safe word in advance to avoid unpleasant and painful experiences! As soon as the word is spoken, there is a strict "ceasefire". This is important, because crossed borders do not only leave scars on the outside.

A little tip: Don't use something like "harder" or much too complicated words, of course.

Safety First for more pleasure: knowing that you can end it at any time often lets you go to "harder" limits in a more relaxed way.

Talk before you do it

It is completely ok and also important that you already go for your limits inside of your head before you play and during an open conversation.

A certain risk has a decisive influence on the attraction - but the greatest gain in pleasure lies precisely in staying just below critical limits. It will be longer, more intense and more fulfilling for both sides.

And please don't drink alcohol during your pre-play talk! It only distorts your inhibitions and your sense of pain."Keep " bad" emotions aside